We have lift off!

It might have felt like a long time coming, but we are now selling beers to the world! OK, only a small corner of the world at the moment but we’re in business. On Saturday 1st December we announced our arrival at a very packed Beer Gonzo. (As Jon pointed out it was only a day shy of a year since we chose our name). Gonzo had all five of our launch beers on tap (we were having too much fun to take another photo when the final beer went live on the board!)  and we found our name up in lights alongside some very distinguished company. 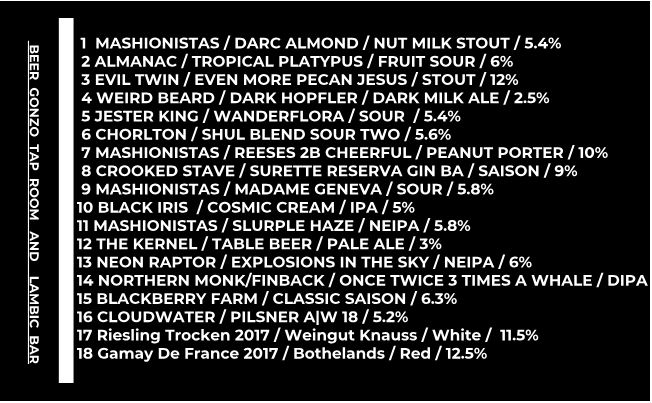 The following day our friends at Twisted Barrel put on two of the beers so if you live in Coventry you would have found yourself no more than walking distance from a Mashionistas beer. The launch also meant that for the first time we appears on Untappd. Get yourself on there and let us know what you think! The full launch list: